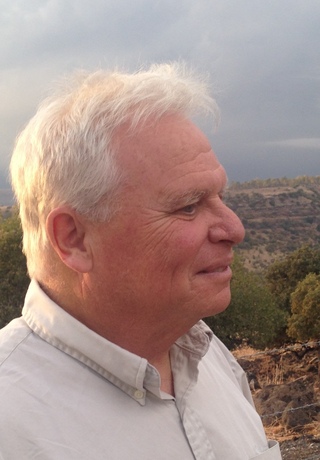 On Being a Poet and Psychotherapist

Late in 2016, an essay of mine, along with a selection of my poems, will appear in a book titled "Artist/Analyst" from Routledge Press. Here are some thoughts on the way my two endeavors support each other.  These thought also form the backbone of my new book, Poetry and Psychoanalysis: The Opening of the Field

As a psychotherapist who is also a poet, I often think of the similarities between my two endeavors. Psychoanalysis has long been a source for literary interpretation. But poetry can also be a source of guidance and inspiration for a therapist. The basics of poetry: metaphor, image, sound and rhythm, form all occur in a therapist's office as well.

The therapist’s two primary activities, listening to patients and making interpretations, are both abetted by a poet’s sensibility. There is a strong resemblance between the kind of alert reverie one falls into under the spell of a poem--combining both a heightened sense of meaning and the lulling trance of sound and rhythm--and the way one listens to both the content and the nonverbal aspects of patients’ communication. Effective interpretations draw on the same language skills—concision, clarity, allusiveness--that inform the best poems.

But the analogy goes farther than that. The intersubjective field a poem creates between writer and reader, a field of language charged with meaning, bears a strong resemblance to the language-mediated intersubjective field created by the analyst and patient. A successful poem, like a successful interpretation, creates a sense of intersubjective relatedness. Nobel Laureate Seamus Heaney quotes Jorge Luis Borges to advance this view of poetry: “Poetry lies in the meeting of poem and reader, not in the lines and symbols printed on pages of a book. What is essential is…the thrill, the almost physical emotion that comes with each reading.”

Poets often make the argument that poetry can provide a cure for despair and isolation. William Carlos Williams writes, “It is difficult/ to get the news from poems/yet men die miserably every day/for lack/of what is found there.” Adrienne Rich writes that “Poetry can break open locked chambers of possibility, restore numbed zones of feeling, recharge desire.” In providing a bridge between subjective worlds, poetry is inherently a blow against what Stolorow and Atwood call “the myth of the isolated mind.” Poetry and psychotherapy are both blows against the alienation and isolation of modern life. Just as the reader communes with the poem, and by extension the poet, so patient and therapist commune is a world of sound, silence, and language.

Poetry and Psychoanalysis: The Opening of the Field

The Book of Splendor: New and Selected Poems on Spiritual Themes

A selection of spiritual poems by award winning poet David Shaddock that draw on Jewish and other religious sources to locate spiritual experience in our immediate world.

From Impasse to Intimacy:
How Understanding Unconscious Needs Can Transform Relationships
Shows couples how to get unstuck and renew intimacy.

In This Place Where Something's Missing Lives
Poems on faith, loss, and the longing for God.